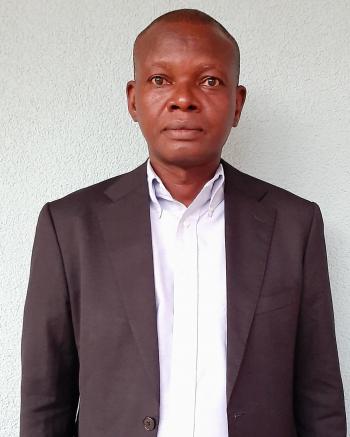 Position
Gideon has been in charge of the livestock component of the CSRL program in Kamuli since July 2009 to August 2014. Thereafter he was appointed as the Interim Team Leader for Iowa State University Uganda Program (ISU–UP) in Kamuli starting September 2014. During July 2015 he was appointed in the positions of Field Operations Manager/Livestock Specialist and thereafter during October 2016 his role changed to National Director, ISU-UP. As National Director, ISU-UP he is charged with coordinating all field operations including programs in livestock, nutrition education, Service Learning and school gardens, youth entrepreneurship, agronomic programming, construction of the Agricultural Training Center, and borehole planning and drilling, among others. He is also charged with oversight of finance, administration, guest services for ISU-UP, Representing ISU-UP and its activities to outside entities and Facilitating program growth. Gideon joined the CSRL Kamuli team in 2009 from the private sector; having worked in various capacities including working as Independent Veterinary Officer, Executive Officer for Farm Network, Program Officer for Multi Sectoral Rural Development Program (MSRDP) of Busoga Diocese, and Veterinary Assistant for Jinja District veterinary services. Gideon is a Veterinarian and holds a Master of Science degree in Livestock Development, Planning and Management.