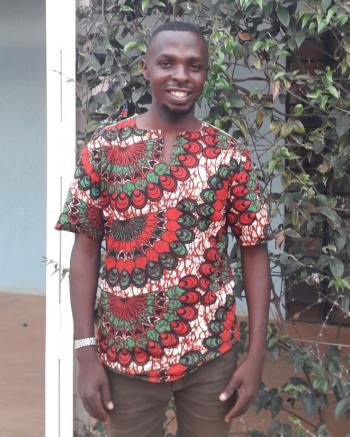 Position
Martin graduated from Makerere University in January 2014 with honors in Agribusiness Management. Prior to joining the organization as a volunteer, Martin was part of the CSRL Service learning team as an intern in 2012. He returned as a student leader in June 2013 where he was also involved with the newly initiated Youth Entrepreneurship project at Namasagali College. He completed a 2-month internship at Iowa State University in November 2014 where he studied United States agricultural systems and business practices. Martin worked as a volunteer with the organization from 2013 until June 2015, involved with youth entrepreneurship. He was appointed in July 2015 to his current position and works with young people between 16 and 35 years. He is currently implementing poultry projects and crop input microfinance for the youth. He has helped grow the youth entrepreneurship project (YEP) from targeting only in-school youth to extending impact to out-of-school youth both as individuals and in groups through rural enterprise input loans and extension in crops and livestock production. Through the YEP he has put emphasis on encouraging innovation by in-school youth through starting up agricultural entrepreneurship clubs.